This page will be regularly updated with latest news from the fishery and our consultancy work, whether it's catches, wildlife sightings, a new project or anything else of interest.

If a news item includes a thumbnail image, click on it to open a larger version. 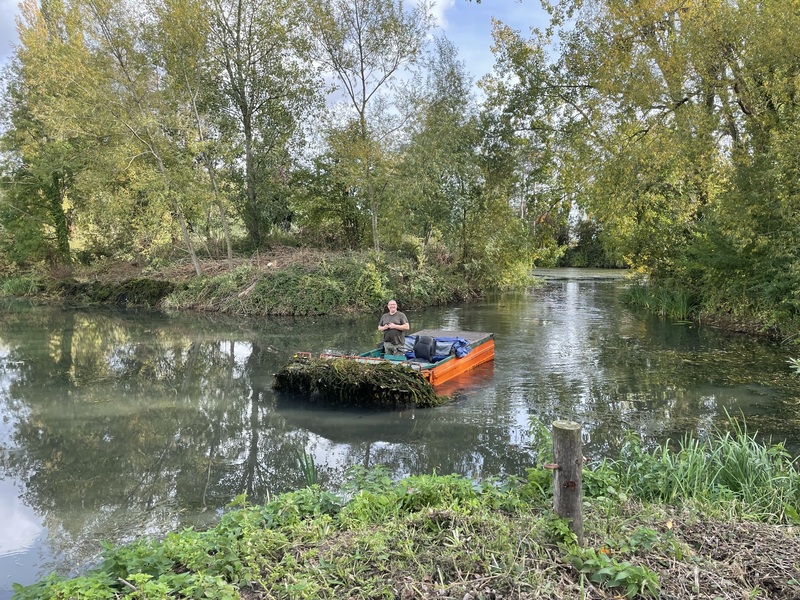 The release of the Ashmead 2023 availability will be delayed to give time to rebook those affected by the recent closures on Ashmead. We will post updates here as soon as possible. In the meantime please sign up for future availability news via our contact us page.

16/09/2022
We are pleased to confirm that Ashmead Fishery is in a position to reopen from today 16/09/2022, some additional maintenance work to take place at a later date tbc.

6/9/22
Just a quick update regarding Ashmead.
As most of you will know, we closed Ashmead for fishing a few weeks ago. The oxygen levels around the lake, and the drop in water levels were giving grave course for concern, so we closed the lake and deployed aeration systems around the lake. At one stage we had 5 splash aerators and half a dozen ventura type pumps going, and whilst this helped with the oxygen levels in the areas they were deployed, due to the nature of the lake it’s been impossible to aerate the entire lake, but we have covered quite a lot of the lake, and todate it’s going well. I don’t want to tempt fate and we are not out of the woods yet, but the forecasted weather this week, coupled with the aerators and pumps we have running should hopefully see us getting on top of the situation and be in a position to safely reopen sooner rather than later.
I would like to thank everyone who’s been involved in helping out over the last few weeks. The actions of the Carp society in general, and the heroic actions of Justin and Trevor in particular have (so far) turned a potential disaster round. We’ve had a few people help out. But Justin and Trevor have gone well above and beyond and we owe them. So thank you both very very much. The lake will remain closed for the next week or so, the people with bookings will be contacted separately with an explanation. We will assess the situation over the weekend when hopefully we will have some positive news regarding reopening. Thank you all for your patience during this time, it’s been testing I know, more so for us I can assure you of that, but I can see light at the end of the tunnel.

Keep up to date on the Ashmead Carp Fishery Facebook page