This page will be regularly updated with latest news from the fishery and our consultancy work, whether it's catches, wildlife sightings, a new project or anything else of interest.

If a news item includes a thumbnail image, click on it to open a larger version.

Trevor Sturgess with JC. Winter carp fishing at Ashmead can be a challenge, with obstinate carp that are hard to locate and a mud bath on the banks; all that just makes success sweeter when it comes... 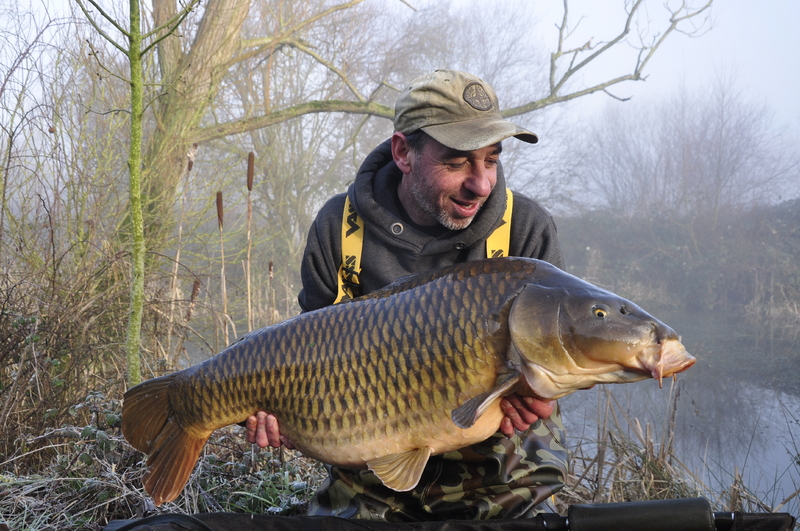 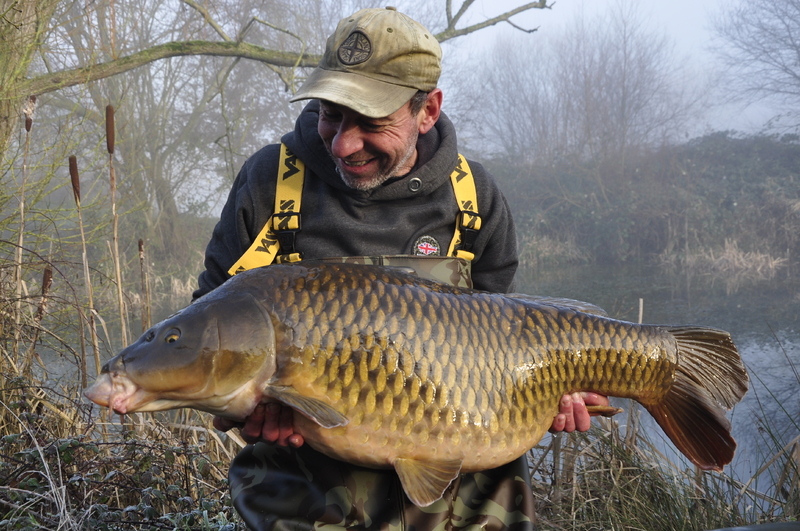 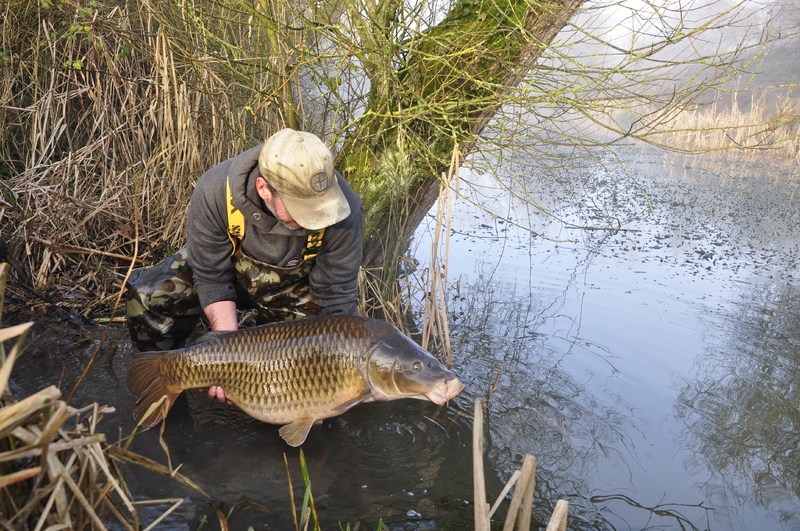 Now and again someone sends me a photograph of Ashmead that makes me look at the wetland from a different perspective. My friend Martin Cox just took a series of winter shots that are so beautiful that they almost made me want to abandon the woodburner and my dram last night and rush down to the lake so that I could wake up to a frosty Ashmead dawn. Almost....

A lovely time on the wetland, when the colours of the fish and the landscape change and intensify. The greens of summer are replaced with the yellow, gold and browns of the turning leaves and reeds and the fish take on a deeper, richer hue. 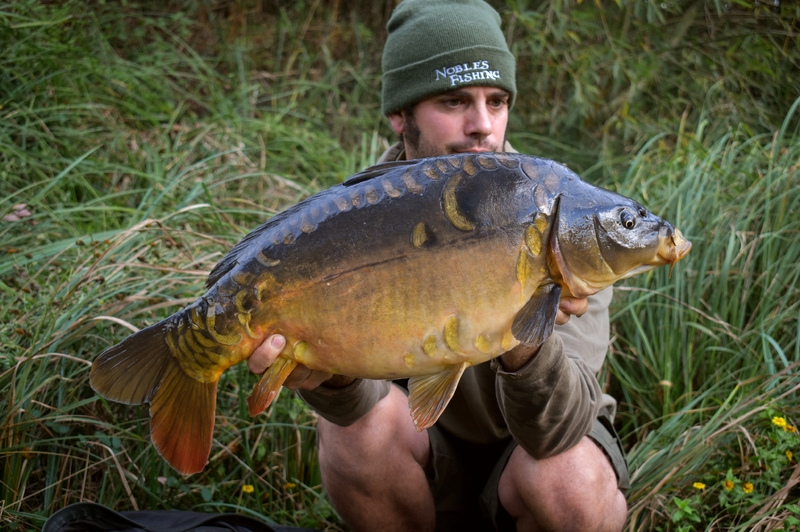 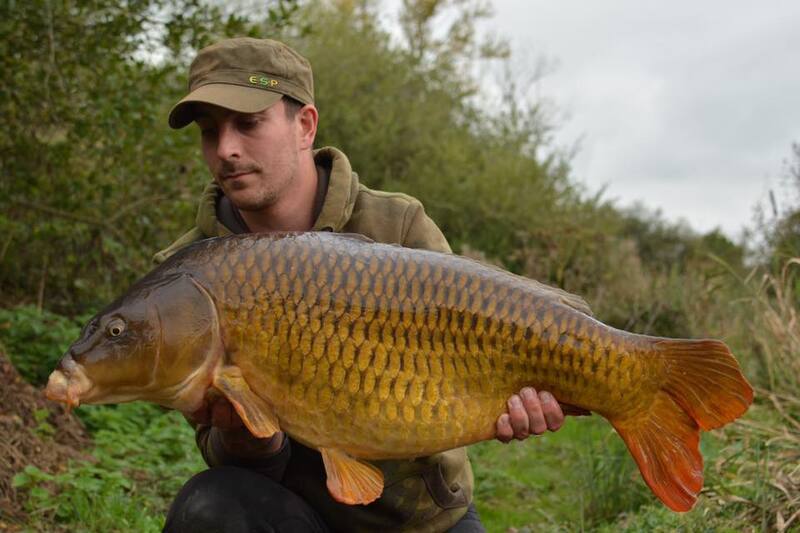 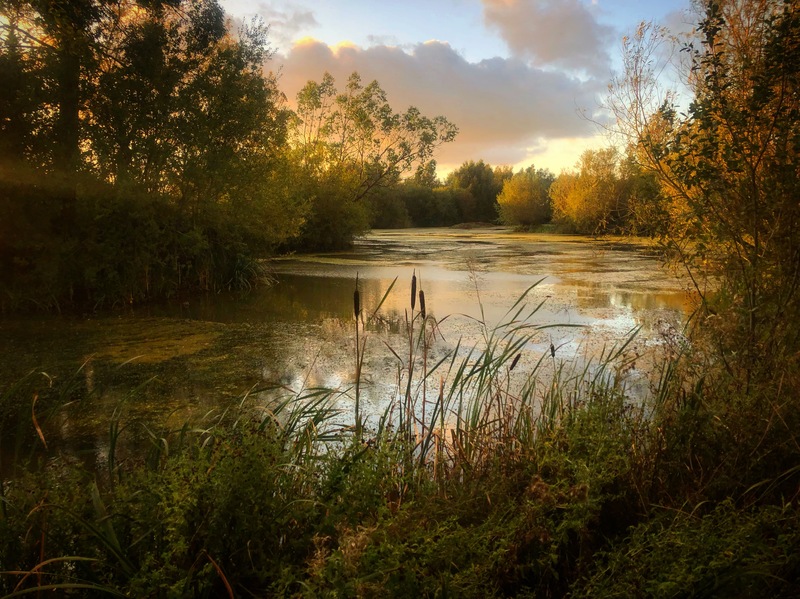 Last year, three anglers raised over £6,000 in an auction to support Ebonie, a young girl with a rare form of childhood leukaemia. Ebonie was Keith Jenkins' granddaughter and the auction prize was a two night session at Ashmead with my friends Terry Hearn and Chris Yates for company. Keith came along and I joined them for a night myself, whilst hosting the event.
The visit was made more poignant by the fact that Ebonie died in June, after years of fighting for her health, with the support of her remarkable and loving family. Ebs was just six years old. The funds raised will now go to support other sick children and to support cancer care, in a fitting tribute to the short life of a young lady who touched a lot of people with her bravery.
The anglers were Cully and Andy, who are Ashmead regulars and Tom, who had never been to the wetland before.
I phoned Tel a month ago to check he had the dates in his diary and he said he not only had them outlined in red pen, he wondered if he could get down early to tune in and find some carp.
I also phoned Chris at the same time and he had forgotten all about it. So I phoned him again three weeks ago and he had forgotten again. I phoned him for a third time on Monday and he said “Oh hell! Is it this week?” He cleared the deadline for Fallon’s Angler and arrived on Wednesday evening to find Tel and the three anglers settled in and fishing….
We cooked at the hut and had a brilliant evening before Chris came back to the house and we talked over a bottle of red until the small hours: Leney, Redmire, the Bishop, The Golden Scale Club, barbel and the significance of dreams….
Chris was brilliant with my son Alistair and they compared perch fishing notes (Alistair’s 3lb 7oz best is better than Chris’ best by some ounces!).
Chris and I went down to the wetland at the crack of eleven the following morning and we had a lovely day. Cully had lost a big common at dawn but that had been the only action.
Martin and Sharron brought a peregrine, a barn owl and an American kestrel over to meet everyone and we spent the afternoon fishing for perch and rudd. At one point Chris had to reel in because a big carp swirled over his patch of corn and he thought he was going to snap Mr Green’s rod, just a year after Edward Barder had restored it for him…. (Mr Green gave the rod to Chris when he first started fishing and it had lain broken and forgotten in a corner for years).
As Martin arrived Tel had a take and he landed a lovely 19lb mirror from Tom's. It was one of the young Ashmead babies that are growing through in the wetland and a fish that I’ve never seen before: We named it Ebonie.
Shona excelled herself with soups, lasagne, Somerset Pork and more cake than we could have eaten in a month! Each evening we ate at the hut, drank wine and chatted until dusk called us back to our swims. I fished on the last night and by the time the party broke up, it was dark and I headed for Three Ways, where I knew I could lower the baits onto a couple of good spots. I really wanted to be on the Old North where I had found a dozen good fish but the swim needed a lot of subtle weed removal to be fishable and it was just too dark.
In the morning the phone went and it was Tom, who had caught “a good common” from Wilson’s. Jenks came round to me and as I lifted my rig from the Three Ways margin a big bow wave lifted the water and headed off up the channel. I had been close!
I congratulated Tom and went on to get Tel for some photos. Tel was in Tom’s and I knew when I got there that he was in the zone. “I can’t come just now mate! They’re all over me…” he said, so I suggested we could hold onto the fish for a bit while he packed down and hoped for a last chance.
I walked back to Wilson’s and shared a brew with Tom and Jenks. Ten minutes later Tel appeared with a huge grin on his face and I knew he’d caught one. He didn’t say a word as we weighed and photographed the common for Tom (just shy of 34). The fish had two hook marks in her mouth; it was the common Cully had lost the previous morning in the Hut Bay!
Just after Tom slipped the common, back Tel said “Well, I’ve got one to show you too…. I’ve got JC in the net!” Everyone met for the photographs and the perfect session drew to a perfect close.
Chris and Tel were fantastic as they always are; not just giving their time to the charity event but giving of themselves to the three anglers. The conversations were funny, deep, and thoughtful in equal measure and the atmosphere was completely relaxed. It was just a bunch of anglers sharing time on the bank.
As for the three anglers, they raised a huge amount for a great cause and I think they enjoyed the wetland and time with two former record holders. You can’t get much more special than that. 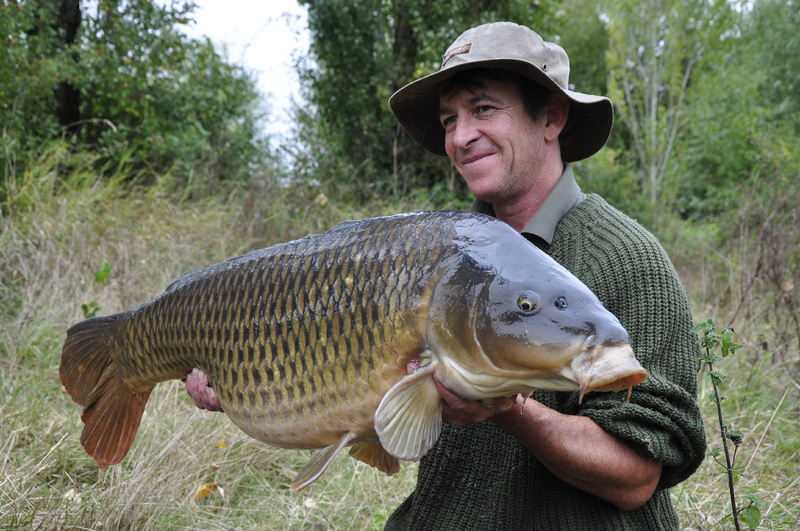 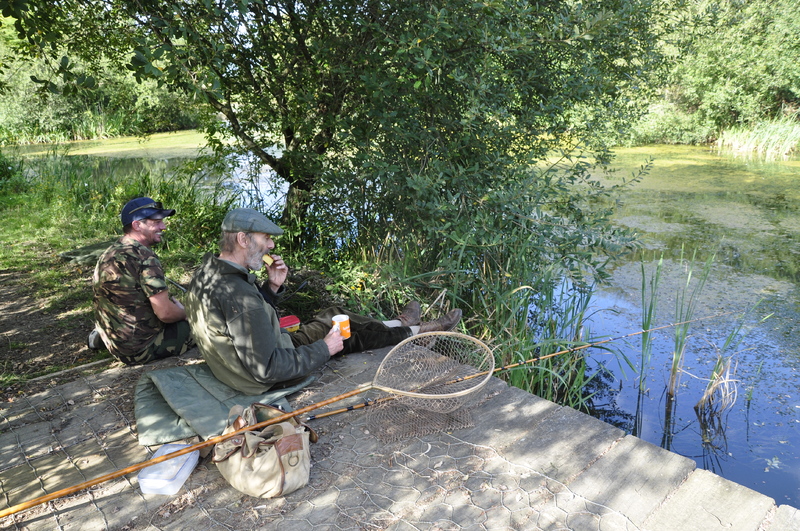 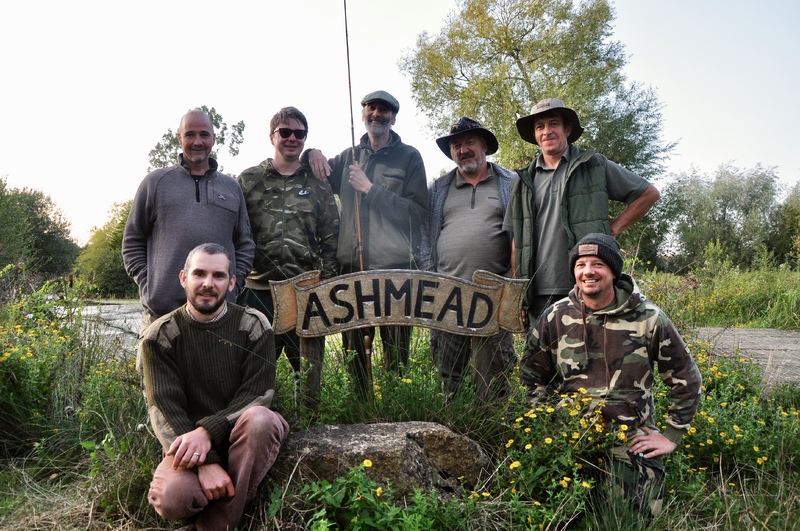 Ashmead is so rich in natural food and there are so many places for the carp to hide that every year there are a few surprises caught, in the form of previously unknown carp. Some, like this nineteen pound mirror caught last week by Dave Miller, have grown to be quite large carp before they are landed for the first time. I have a large number of photographs of carp that have only ever been landed once or twice in their lives and others that have gone up to fifteen years between captures. For me, this reflects the rich natural environment of the wetland and the fact that the carp are not dependent in any way on angler's baits. As an angler, I love the sense of mystery this gives and the chance of the unexpected! 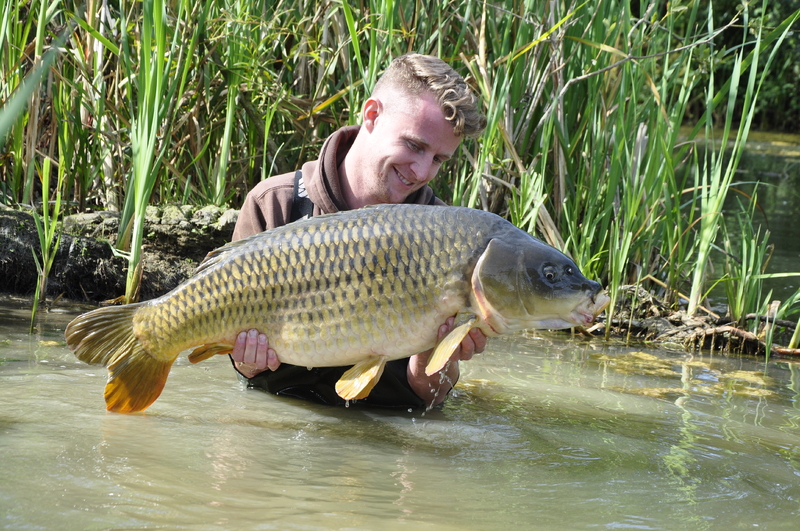 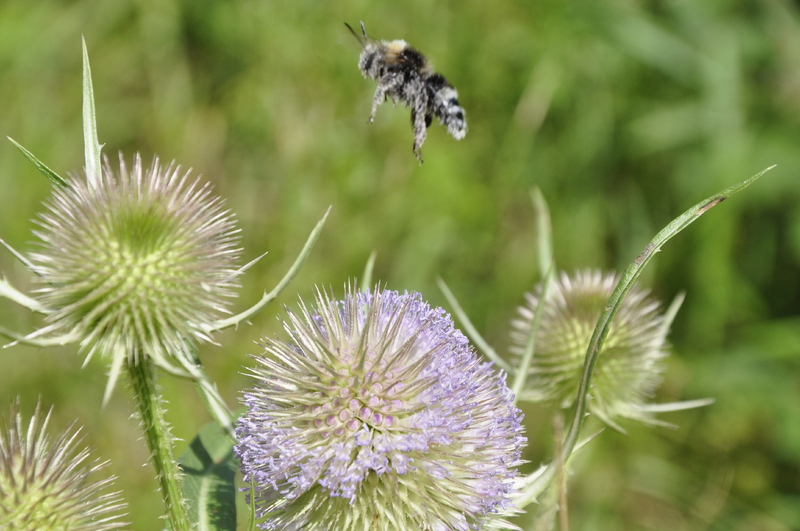 Some good carp have been caught in the first three weeks of the summer, including The Long Common to Matt Minter and this brace of thirties landed by Ben Jefferys. I even managed a short session myself and landed Moonscale in fine condition. I love this time of year, when the carp are so visible and you can track their movements through the weed and plan to intercept them with a carefully placed bait. The carp are tuned in to their environment though and stalking can be tricky and frustrating, as they quietly melt away because of a careless shadow or footstep.... Enjoy your summer, wherever you are fishing. 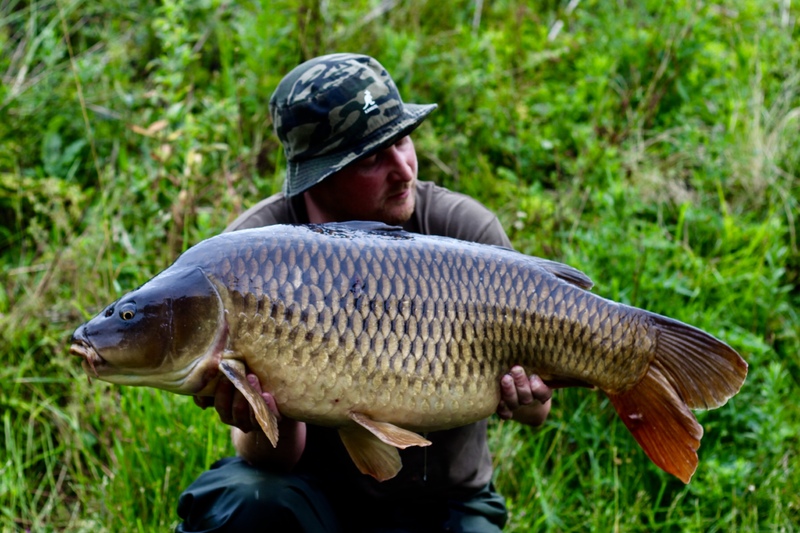 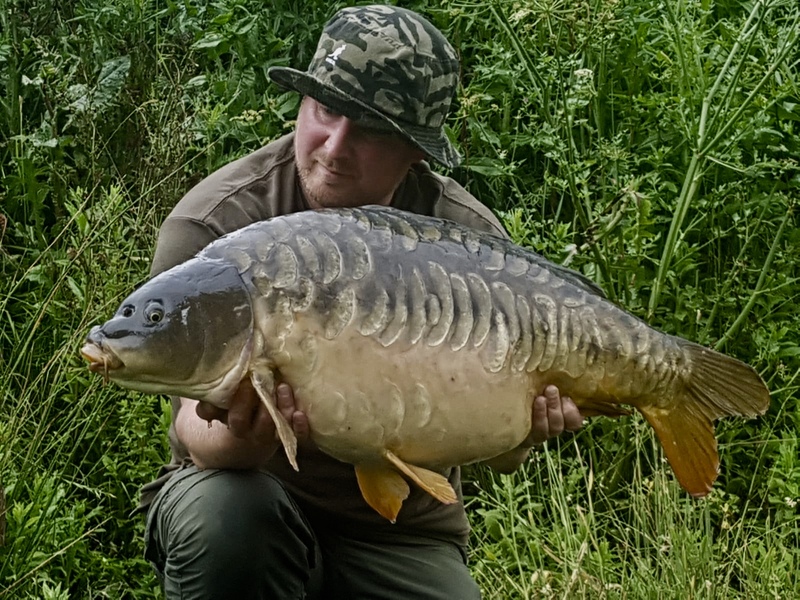 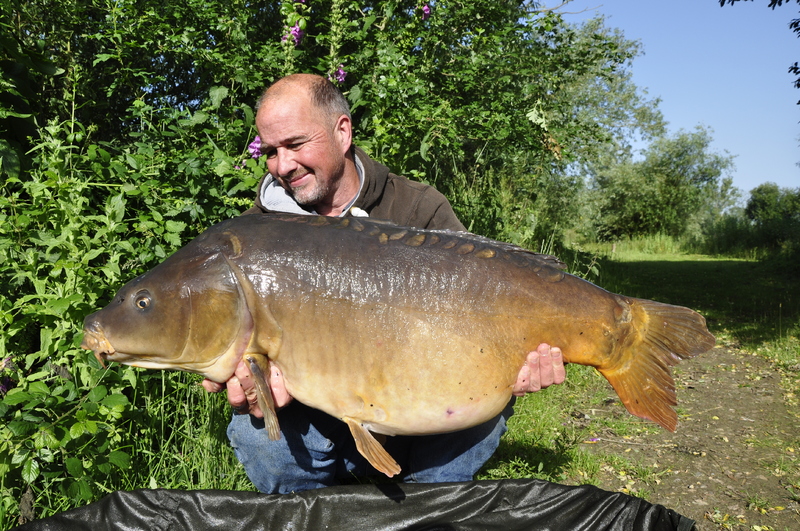 We are closed now for spawning but the final week of our spring period ended on a real high with success for Ashmead regular Dan Proctor and his friends. Dan has fished with us ever since our first year of booking Ashmead for fishing and it was fantastic see him land Single Scale at over fifty-five pounds on the very last day of the spring season. His group landed commons to well over thirty pounds too. Always a pleasure to share Ashmead with our regular guests and friends. 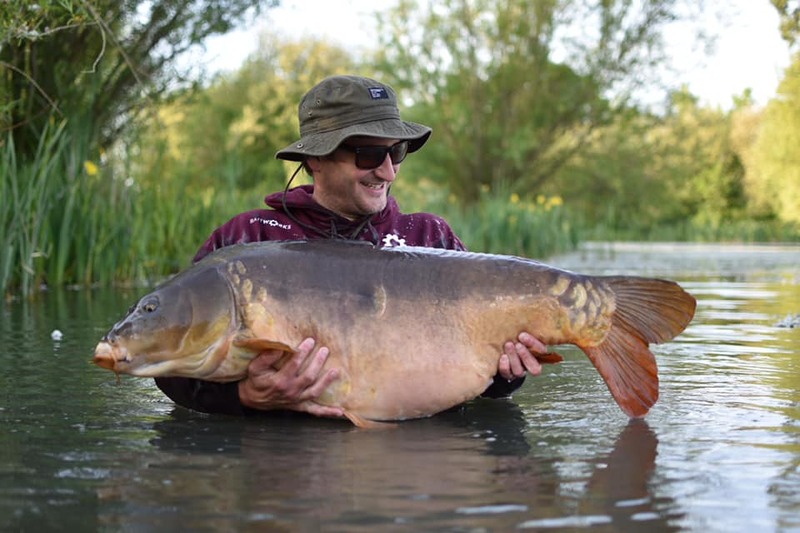 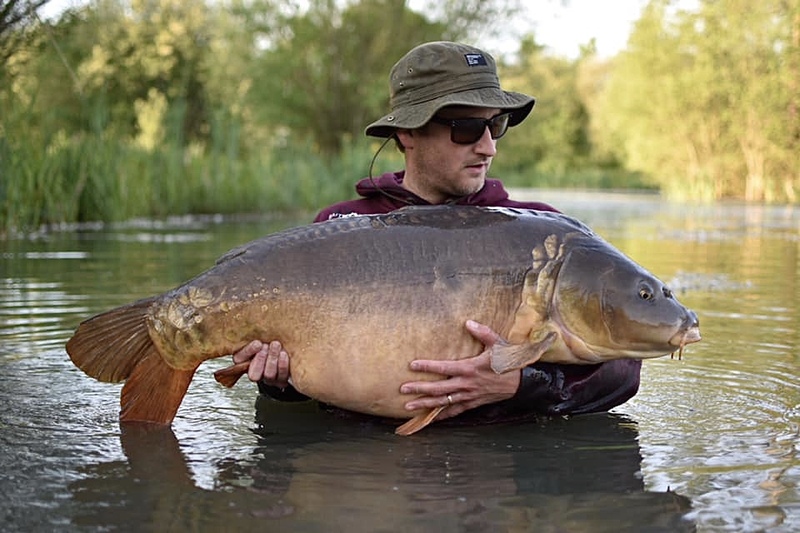 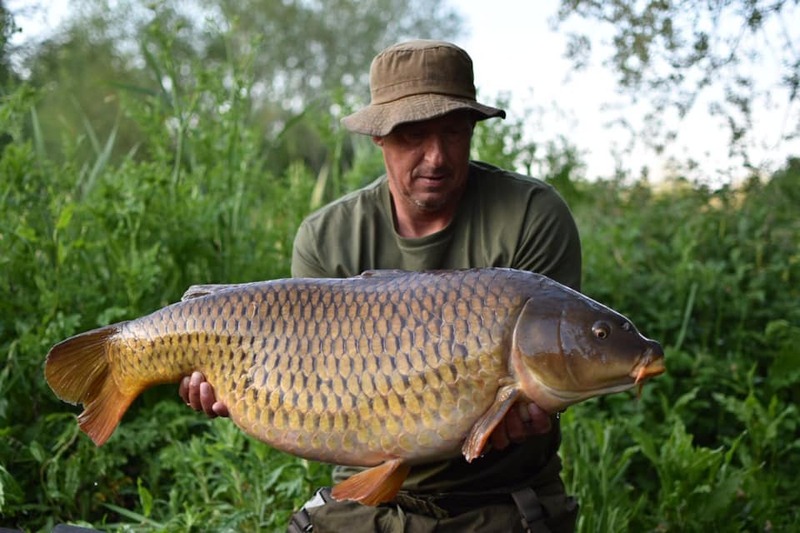 Golden scales in the spring sunshine.

The spring awakening continues at Ashmead. Amongst the fine carp landed this week are some classic Ashmead commons; not the largest commons in the wetland but fish that are growing through to join them. A lovely common to Keith Wheeler that surpassed the thirty bound barrier for the first time and was stalked from the edge on freelined corn and a centrepin, a lovely common at a new biggest weight of of 33lb 8oz and a previously unknown twenty-pounder to Cully... Only a couple of weeks to go before we close until June! 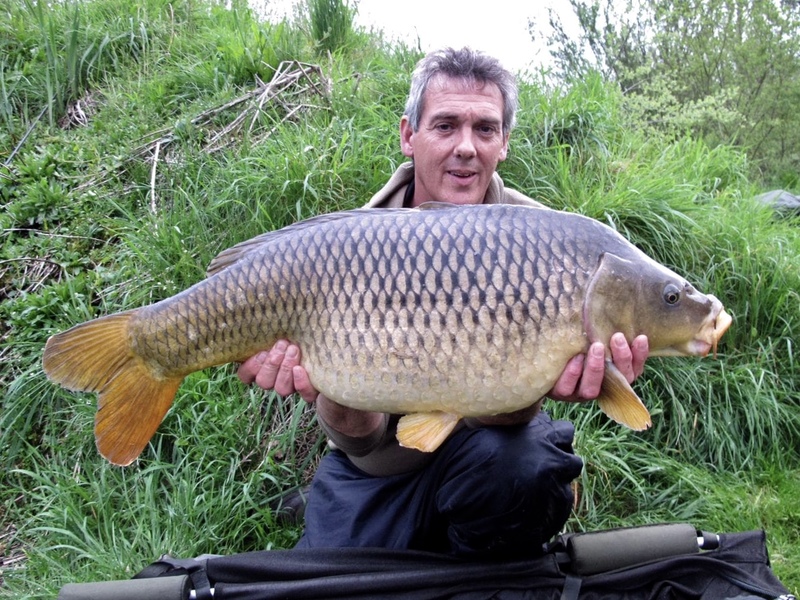 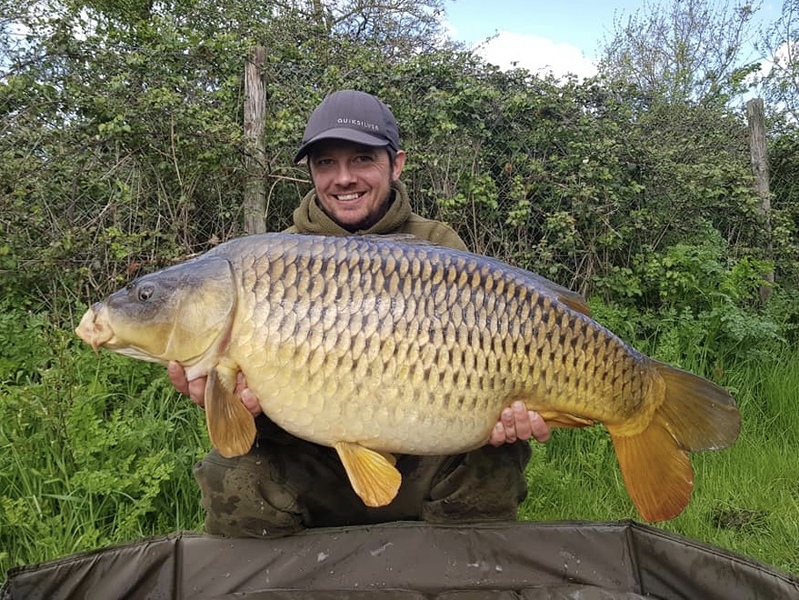 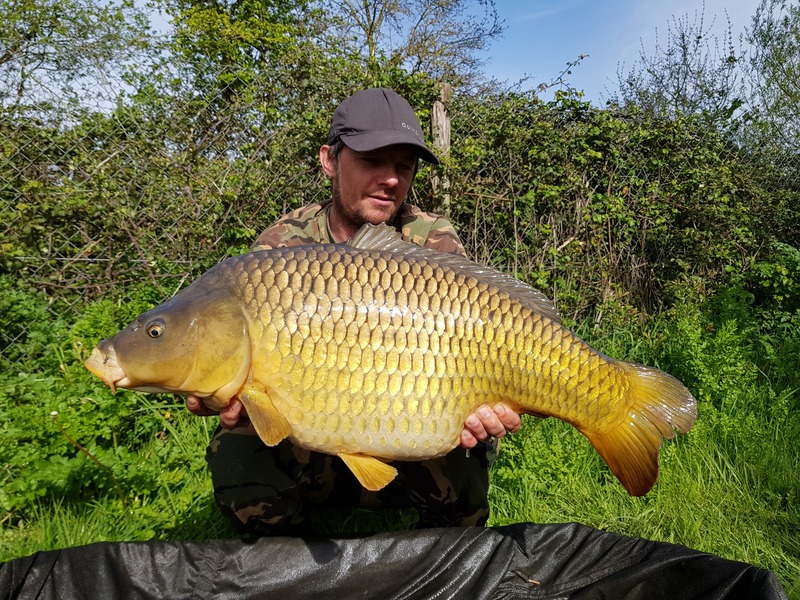 Keep up to date on the Ashmead Carp Fishery Facebook page